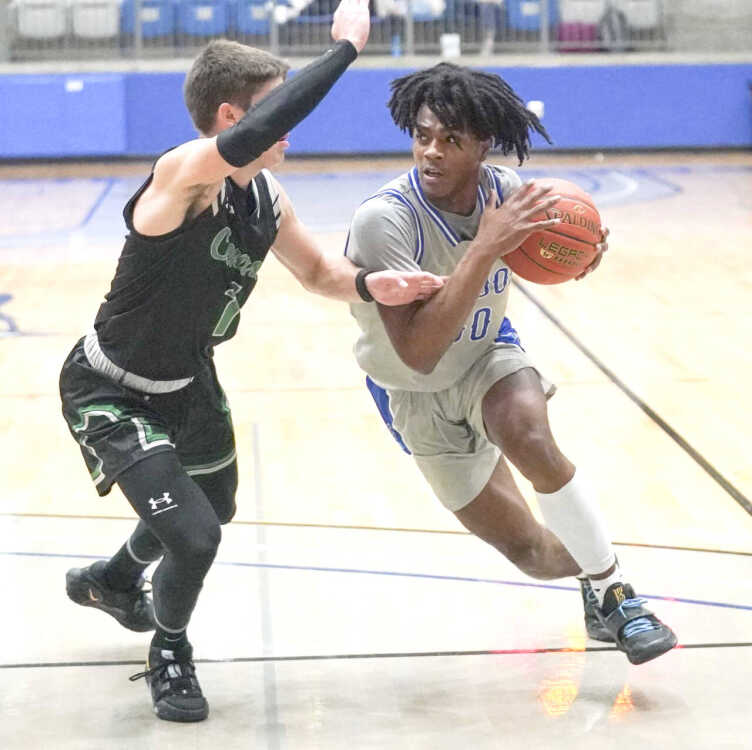 “Tonight was a good transition for us,” said MCC coach Jacob Brandl. “Based on the games we’ve played so far this year – every time they’ve had a run we’ve done a really good job of keeping it at six. “Several times they went 6-0 against us and then we scored a goal and a stop and a goal and we finished the run quickly and that was the big key tonight.”

MCC came into play averaging 17.5 turnovers per game but only turned the ball nine times.

“In a hard fought game like this when it’s quite chaotic both teams have done really well defensively and when you have those one possession games every turnover counts, every possession counts and I thought we did a really good job done to take care of the ball,” said Brandl.

No team was able to gain a lead of more than six points. The middle led by six at the 13:21 mark of the first period. MCC took their biggest lead of the game last buzzer. The score was tied 11 times with 11 lead changes.

Brandl said he believes his team did a good job at the end of the game blocking Central’s shooters, making sure they know where the boys are and then tapping on rebounds.

He went off the free-throw line seven out of eight – all of them came in the second half.

“Thanks to Simon Akena who did a great job defensively and he was guarded really well and didn’t have a lot of great looks but found ways to get to the free-throw line,” said Brandl.

“I’m proud of a lot of guys because we were outnumbered again tonight, but we just held on,” said Brandl.

“It’s a game we have to build on and prepare for this weekend,” said Brandl.

MCC improves to 3-6 and the team will travel to Twin Falls, Idaho for the College of Southern Idaho Thanksgiving Tournament this weekend.

On Friday, MCC takes on Colorado Northwestern Community College (1-5) at 4:00 p.m. On Saturday, MCC plays CSI, the host school, which is 8-0 in 5th place.